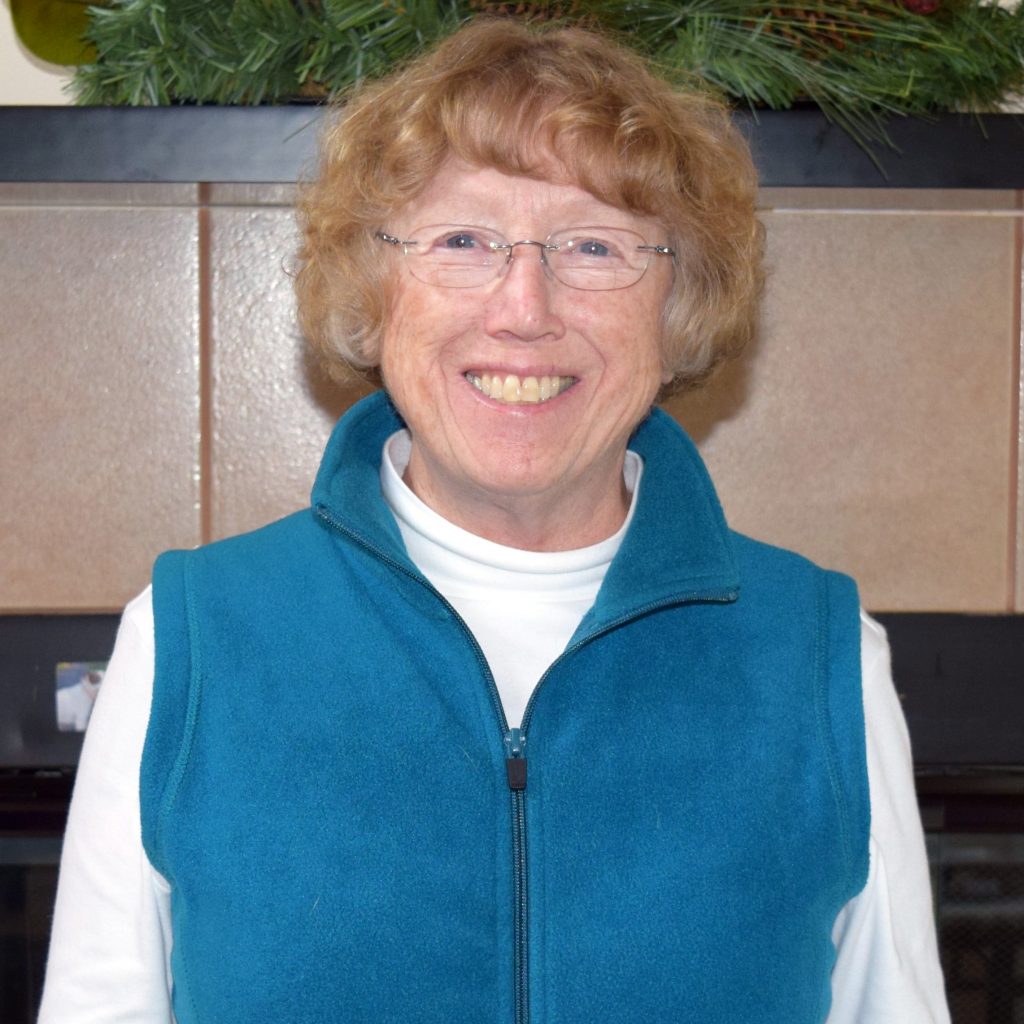 To watch a video of Jane’s VSED story narrated by her daughter, visit the Personal Videos section of our Videos page.

Jane, according to her family, was someone who usually knew what she wanted. One of her favorite sayings was, “You don’t get what you don’t ask for,” and Jane embodied that philosophy for most of her seven-plus decades. That’s why her family wasn’t surprised that when it came to dying, Jane knew what she wanted and was comfortable asking for it: a peaceful death at home with her family around her. She was also clear about what she didn’t want: to end her life in a memory care facility, “a stranger among strangers,” as she called it.

Long before her own dementia diagnosis, Jane declared to any and all who would listen that she would rather die than go into a memory care facility. She had watched her mother and older brother spend years slowly dying in dementia wards, and she had no intention of following suit. She made it clear that she would never consent to institutionalization of any sort at the end of her life. If this meant she had to die before her body was ready to call it quits, so be it. She had lived an adventurous life, full to overflowing with feminist work and activism, time spent in her beloved mountains, a 55-year marriage, and two daughters she helped raise to be strong, independent women in their own rights. She wasn’t afraid to die; she was simply afraid to die from dementia.

Jane’s diagnosis in 2009 of mild cognitive impairment (MCI), often a precursor to full-blown dementia, wasn’t much of a surprise, either. Alzheimer’s ran in the family, and while MCI doesn’t always lead to dementia, Jane wanted to be prepared for that eventuality. For years, she and her husband Dick discussed options that would keep her out of a memory care facility if and when her condition progressed. Then, in the fall of 2016, they attended a Bellingham workshop on dying with dignity that changed the course of her life—and, more importantly, her death.

At the palliative care workshop, she and Dick learned that Washington’s Death with Dignity Act does not cover Alzheimer’s or other dementia patients. Those in early stages of dementia are ineligible to request life-ending medication because they do not have an immediately terminal diagnosis, and those in later stages have cognitive impairment that renders them ineligible for the program. However, they learned that a person in the early stages of dementia can pursue voluntarily stopping eating and drinking (VSED) to hasten their own death. In the United States, as long as an individual has the capacity to make medical decisions for themselves, they are legally allowed to voluntarily refuse nutrition and hydration to hasten death.

Shortly after the workshop, Jane and her family met with a local Bellingham death doula to discuss VSED. At first, Jane’s family had concerns about VSED, specifically about the possibility of her suffering during the process. But the doula explained that if done correctly with a doctor’s support, on-call nursing care, and palliative medication, VSED can be a peaceful, empowering way of escaping an agonizingly slow dementia death sentence.

“That’s what I want to do,” Jane declared, characteristically resolute. “So how do we do it?”

The doula pointed the family to the End of Life Washington website for additional information and important legal paperwork, and then suggested Jane work with an attorney who is a VSED and Death with Dignity advocate. Also, she recommended Jane find a geriatric specialist who would support her decision to hasten her own death.

Within six months, Jane had assembled the pieces of her plan. Given the nature of her progressive illness, it was difficult to predict what specific path her decline would follow. Therefore, Jane decided it would be time to enact VSED as her exit plan when (1) she no longer knew her friends and family members, (2) her relationships with her loved ones began to suffer irrevocably, or (3) she could no longer live safely at home.

“Now what?” she asked the doula once the death plan had been completed.

“Now you enjoy life for as long as you have left.”

For the next two and a half years, Jane and Dick traveled to the places they’d always loved (Alaska, Wyoming, the San Juans, and the Olympic Peninsula); spent Saturday mornings at the local soccer park cheering on their granddaughters in all kinds of Western Washington weather; took walks on their favorite trails at local lakes and along Bellingham Bay; attended school concerts and open houses; and celebrated milestones and holidays with friends and family. Until, in late 2019, it became clear that Jane’s dementia had progressed to the point that she wouldn’t be able to live at home much longer.

“One more Christmas,” she decided, “and then it’ll be time.”

And so it was. After one last Christmas with her grandchildren, one final New Year’s Eve celebration with her husband and family, Jane prepared for VSED. On the first day of February, with her family and friends supporting her, Jane began her terminal fast. Over the next ten days, she experienced the peaceful, empowering death the doula had described as her body slowly shut down. Throughout the process, she was well cared for and showed no outward physical suffering. This was a relief to her family as it was a much less difficult experience than they had anticipated. In fact, in many ways her family characterized Jane’s VSED process as “beautiful.” Jane did experience the mixed emotions many dying people suffer when they realize they are leaving their families, but she never second-guessed her decision. In the face of her impending death, she was resolute.

On the tenth of February, with the super moon still waning, Jane took her final breath, her loved ones all around her.

“I would call this a very good death,” her Hospice Care social worker said. Her family, in awe of Jane’s vision, bravery, and wisdom, concurred.

Jane was fortunate—she had an amazing death doula in Nancy Simmers, co-founder of VSED Resources Northwest, as well as a supportive husband, doctor, attorney, and other family members who believed in her autonomy and supported her right to choose how the story of her life would end. She also had End of Life Washington to help guide her along the path and the support of Whatcom Hospice, who leant assistance at the end of her VSED process.

But was it luck, really? Another saying Jane was fond of was, “You make your own luck.” In her case, when faced with a debilitating terminal disease, she identified the type of death she wanted and then set in motion the necessary steps to ensure she ended her life on her own terms: a very good death at home rather than as a stranger among strangers.

As the Hospice Chaplain said a few short hours before Jane died, “Jane has been a pioneer throughout her life. It makes sense she would be a pioneer in death, too.”

Another fact that doesn’t surprise Jane’s family and loved ones in the least.